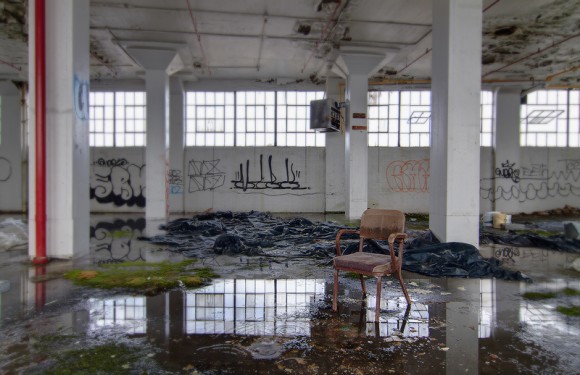 Rochester, the second largest regional economy in New York State, rated the sixth most “livable city” in the country (Places Rated Almanac 2007) and the third best place to raise a family (Forbes 2010).  Impressive right? Residents of the aptly nicknamed “Smugtown” certainly like to think so. Which is what makes the next statistic all the more sobering. Nearly 26% of Rochestarians live below the poverty level (US Census Bureau). Contrast that with 14% of New York state residents as a whole who are impoverished.  The fact that 1 in 4 people lives below the poverty level in the second largest economy in the state  is evidence of a widening class divide.  Of course the overwhelmingly conservative citizens of Smugtown can always comfort themselves with the knowledge that these statistics also show that socialism hasn’t yet spread to our town. 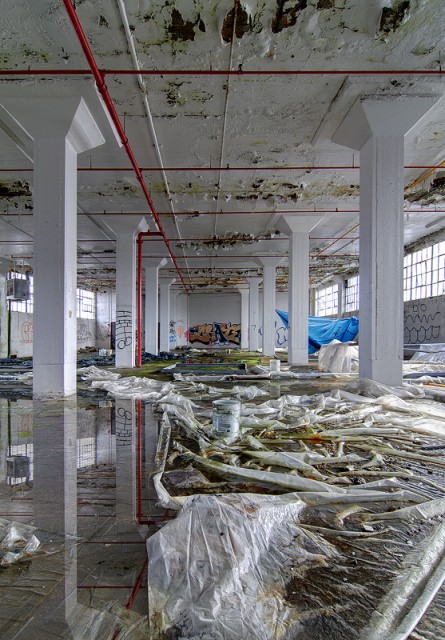 In light of these numbers it shouldn’t surprise that Rochester also boasts a sizable homeless population.  In a city that averages 100 inches of snowfall annually, luckily for the homeless, they have their pick of nearly 3000 vacant properties to find shelter in. 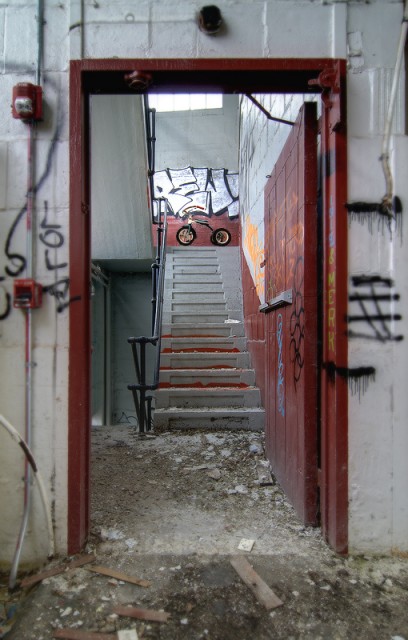 On every floor of this riverside warehouse are the remnants of makeshift homes.  Bedding, clothing, and even reading material are purposefully laid out and stacked in every dry corner. 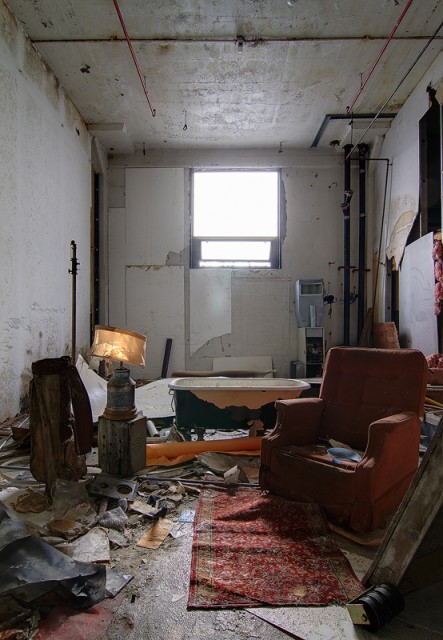 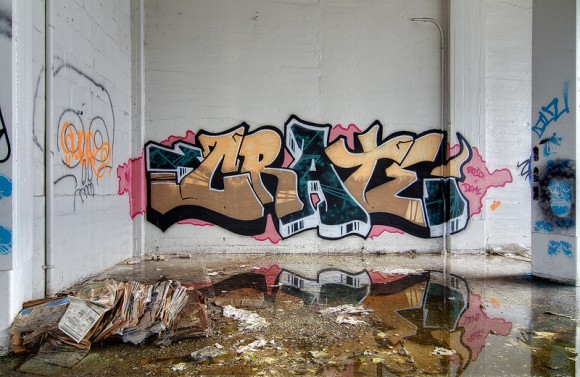 The building’s deterioration, greatly accelerated by the intrusion of  massive volumes of water. 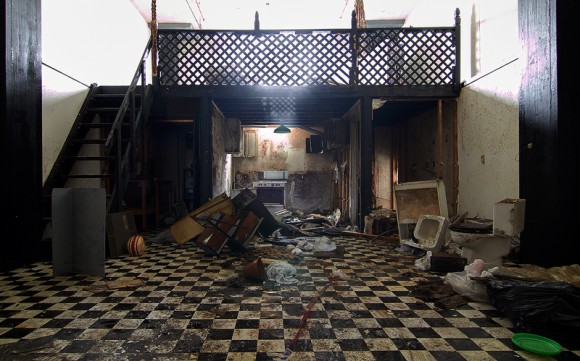 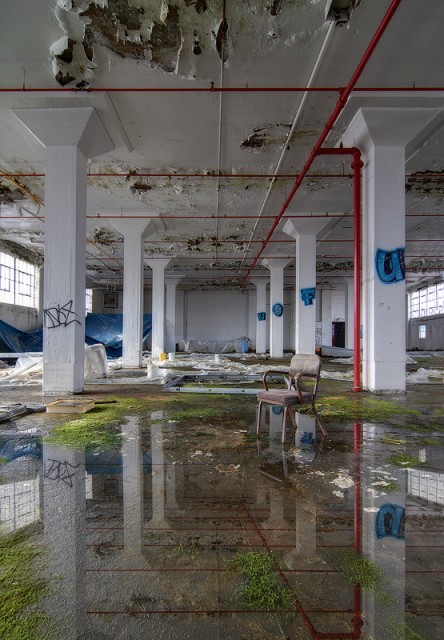 The building is vibrant with color. From the blue tarp  hung by squatters to protect from the indoor downpour and the red sprinkler system piping, to the green moss growing in patches on the floor.

Sweet Spot At The G Spot

One Response to “Smugtown’s Hobo Hotel”